Give Cactus a call

For estimates, service, and emergencies.

Send Us a Message


In November 2014, a new client, called Cactus Environmental with a problem. They were working on a new facility in Little Elm and had an issue with their new oil tank farm. The tank farm was built for a large equipment maintenance facility. The tanks held a variety of new motor oils. Field personnel, were sent to assess the situation. Upon arrival, they discovered that multiple oil lines had broken when a safety pylon was installed. A spill response crew and equipment were immediately dispatched to evaluate, contain and resolve the problem. Originally, the client thought the leak was small. After examination, the crew determined the large size of the leak and prepared accordingly. The Cactus Environmental team was comprised of a project manager and six technicians during the week and 1 to 2 on the weekends. The equipment utilized during the clean-up included: An air-mover, a backhoe, and a vacuum truck. Cactus Environmental’s spill response crew remediated concrete, soil, and gravel that covered the lines. To validate that all contamination had been removed, samples were submitted for testing. After a month and a half of labor, the cleanup was deemed successfully completed. Cactus Environmental is the optimum choice for Environmental Remediation and Emergency Spill Response Make us your first call 1-800-536-0227! 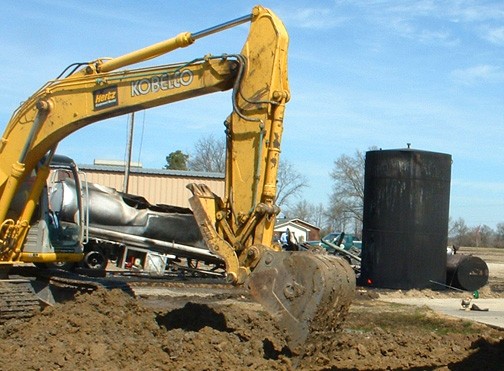 For all emergencies, please call:

At Cactus Environmental we strive to provide excellent service at a competitive price. We have a versatile A-team ready to respond to any COVID-19 related decontamination at your office, warehouse, or manufacturing floor.